FILM REVIEW - SHE IS STILL ALIVE 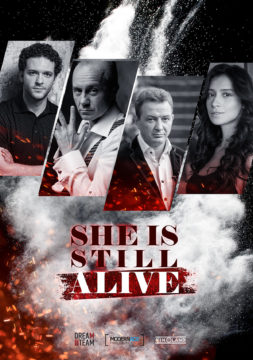 SHE IS STILL ALIVE

Description:
After avenging the murder of her husband, Polina flees
to Odessa where she hopes to hide from her merciless
enemies. There she meets a young and charming Gleb
and their sympathy begins to grow into something
more ... but the mafia’s influence spreads very far, and
the criminal group comes to the city to deal with her
‘for good’. Thus, Polina becomes a reason for fights for
the territories. To stop this endless criminal saga, Polina
is forced to turn from a vic

In Films-list.com we have selected the most viewed movies from category - Action/Adventure. Enjoy the best films specially selected for you! SHE IS STILL ALIVE (2016) is the right choice that will satisfy all your claims.