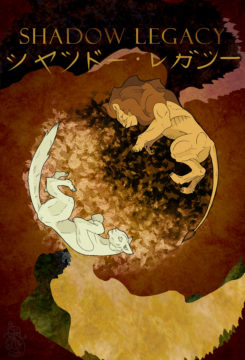 Description:
The Umondi Pride has put their past behind them after the Pride wars. With the Pride split between the brothers Shujaa and Asikari, a hopeful future can begin. Fate has its own idea by leaving one surviving cub to fulfill a prophecy known only to the Seers.
King Shujaa, a no-nonsense leader, seeks hope from the Seer, Bahati, who has seen the future through prophecy. Shujaa sacrifices himself with the help of his Shetani, Hali, in order to give his mate, Hasira, and their cub, Malaika, time to flee gro

In Films-list.com we have selected the most viewed movies from category - Animation, Drama, Fantasy. Enjoy the best films specially selected for you! Shadow Legacy (2019) is the right choice that will satisfy all your claims.