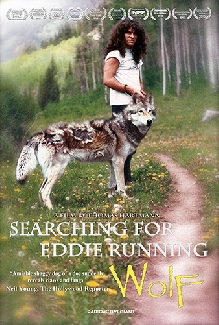 Description:
Legend told a tale of an artist so talented that he could carve anything out of a piece of wood. Rumors swirled throughout Aspen, Colorado of a man that raised a 125-pound tundra wolf to keep as his pet and companion. His flowing locks of long black hair were believed to have mystical powers over the female persuasion. Filmmakers Thomas Hartmann and Juan Montelongo embark on a road trip in search of the elusive Native American artist and what it is captured on film is at times, almost unbelievable.
Best Documentary Feature - ATLANTA UNDERGROUND FILM FESTIVAL

In Films-list.com we have selected the most viewed movies from category - Documentary. Enjoy the best films specially selected for you! Searching for Eddie Running Wolf (2015) is the right choice that will satisfy all your claims.