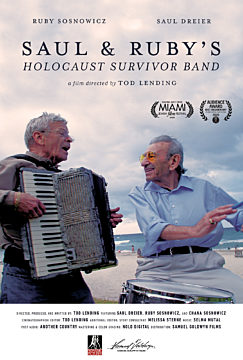 Description:
Like many survivors of the Holocaust, after World War II, Saul and Ruby moved to America, started families and careers, grew old, and retired to South Florida. For them, retirement could have been the last chapter in their story. But then they decided to start a klezmer band, named the Holocaust Survivor Band. The band summons the bittersweet memories of childhood in Poland, but more than that, it is a celebration of life. In this utterly heart-affecting and enthralling film, we follow Saul and Ruby’s music

In Films-list.com we have selected the most viewed movies from category - Biography, Documentary, TrueStory. Enjoy the best films specially selected for you! Saul & Ruby's Holocaust Survivor Band (2020) is the right choice that will satisfy all your claims.