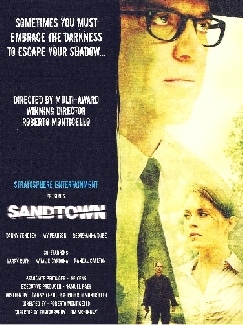 Description:
While institutionalized, Robert believes he is being stalked by a character from his own imagination. Robert is forced to leave the institution and sees the imaginary man more often and the man is becoming more real and menacing. Befriending a young girl, Haley along the way she finds the story of the imaginary man to be an entertaining tale. This soon changes as Haley herself sees the ominous Vernon. It has become clear that Vernon must eliminate Robert in order to take his place so that he may promote him
1M-3M

In Films-list.com we have selected the most viewed movies from category - Psycho-Drama. Enjoy the best films specially selected for you! SANDTOWN (2008) is the right choice that will satisfy all your claims.