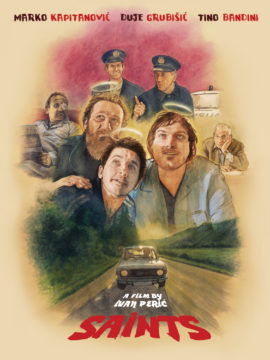 Description:
King and Joker are small time crooks who are constantly being foiled in their illegal attempts to get rich quick. When they attempt to sell smuggled cigarettes at a local fair the police bust their operation, arresting King and sending Joker fleeing. When King is sentenced to six months in jail, Joker and their mutual friend Dirty hatch an improbable plan to rescue him from incarceration.

In Films-list.com we have selected the most viewed movies from category - Comedy. Enjoy the best films specially selected for you! Saints (2018) is the right choice that will satisfy all your claims.