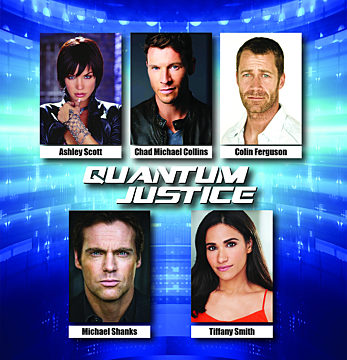 Description:
Frank Hatcher’s life is...messy. A modern day beat cop who’s married to the job, which is causing the foundation of his own marriage to crumble. Life goes from bad to worse when he encounters a cop from the 1920s, another from 2030, a nearly indestructible man-machine hybrid, and a time-traveling madwoman who abducts his wife. All in the same day.
As Frank tries to process the unreal circumstances, he joins a group of enforcers assembled to protect the timeline. It’s clear that the deadly time-travel

In Films-list.com we have selected the most viewed movies from category - Action/Adventure, Science-Fiction. Enjoy the best films specially selected for you! Quantum Justice (2020) is the right choice that will satisfy all your claims.