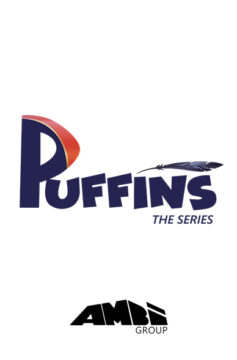 Language:
Actiors:
Description:
A spin off from the ARCTIC JUSTICE feature, PUFFINS focuses primarily on the (dis) adventures of four hilarious little birds: Tic, Tac, Didi, and Pie, who live together in a cottage on the Tundra. They often turn to Johnny Puff for advice, an unconventional, former rocker who now leads a simple life in the tundra with the other puffins. Opposite them is Otto Von Walrus, a talented engineer and compulsive collector, who captures the Puffins that he finds to use them as a workforce in his vast and technologic

In Films-list.com we have selected the most viewed movies from category - Animation. Enjoy the best films specially selected for you! Puffins () is the right choice that will satisfy all your claims.