FILM REVIEW - Paolo Conte. Via con me (It's wonderful) 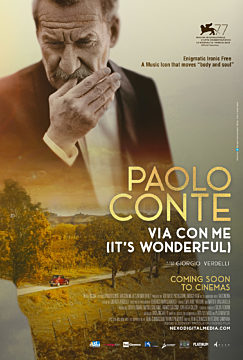 Paolo Conte. Via con me (It's wonderful)

Description:
A music icon that moves “Body and Soul”, Conte has been compared to Tom Waits and Randy Newman by the New York Times and is one of the greatest singers in the province of the world – to quote his song lyrics “La provincia del mondo”. The documentary forms an ideal itinerary with Luca Zingaretti (The Inspector Montalbano mystery series) as narrator, telling the story of an eclectic, mysterious character. Verdelli has drawn on Conte’s immensely rich personal archive and combined ad hoc materi

In Films-list.com we have selected the most viewed movies from category - Documentary. Enjoy the best films specially selected for you! Paolo Conte. Via con me (It's wonderful) (2020) is the right choice that will satisfy all your claims.