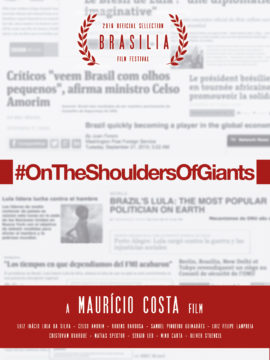 Description:
During his tenure as president of Brazil, Luiz Inácio Lula da Silva - known simply as Lula to his supporters - has been accused of carrying out an anti-American foreign policy, of siding with such controversial figures as Hugo Chavez, of seeking confrontation with the US on international issues and of adopting an overly ideological foreign policy. Yet Lula still managed to enjoy a close working relationship with President George W. Bush, despite their differences on virtually every major international issue

In Films-list.com we have selected the most viewed movies from category - Documentary. Enjoy the best films specially selected for you! #ontheShouldersofGiants (2018) is the right choice that will satisfy all your claims.