FILM REVIEW - Nobody Except Us 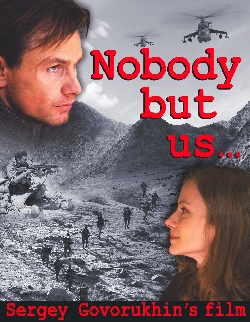 Description:
The movie hinges on little-known 6-year war in Tajikistan, in which Russian military resourses took an active part. This story is not only about the war itself, but about the relationship of a man and a woman: a war cameraman Evgeny Levashov and Natasha - the woman he had been looking for through all his life, and met her several weeks before his regular assignment to the military location. Although he could refuse to go to the war, he wouldn’t do that, because his love and his duty are inseparably linked w

In Films-list.com we have selected the most viewed movies from category - Drama. Enjoy the best films specially selected for you! Nobody Except Us (2008) is the right choice that will satisfy all your claims.