FILM REVIEW - No Place on Earth 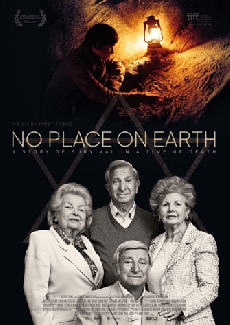 No Place on Earth

Description:
In 1996, Chris Nicola, an ex-NYC cop and world-renowned cave explorer, makes a discovery that cuts him to the quick: deep underground in the largest cave system in Ukraine, he comes upon buttons, shoes, a key – and names scrawled on the cave wall, mute testimonies to what happened here long ago...

The story that Nicola has stumbled upon begins in 1942, when Ukrainian authorities, in conjunction with the Nazi occupiers, begin rounding up the Jews for deportation to concentration camps. Encourage

In Films-list.com we have selected the most viewed movies from category - Documentary. Enjoy the best films specially selected for you! No Place on Earth (2012) is the right choice that will satisfy all your claims.