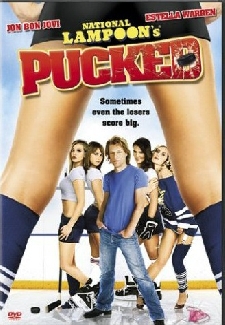 Description:
When lovable loser Frank Hopper (rocker Jon Bon Jovi) fibs about his income on a survey and receives hundreds of pre-approved credit cards in the mail, he takes it as a sign that his dream of creating an all-women ice hockey league is meant to be. Ultimately his scheme is run into the boards when the card companies catch on and Hopper is forced to defend himself in court with the help of his ex-girlfriend (Estella Warren). Also starring David Faustino, Nora Dunn and Cary Elwes.
3M-5M

In Films-list.com we have selected the most viewed movies from category - Comedy. Enjoy the best films specially selected for you! National Lampoon's Pucked (2006) is the right choice that will satisfy all your claims.