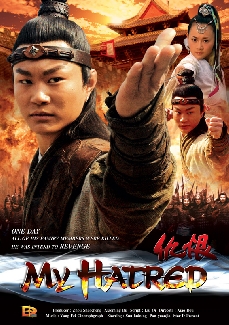 Description:
A soldier who served as a stableman for a General was catch to the enemy palace after the surrender of the General. He was tied with a rope on the neck and treated as an animal. He can only live like a pet…
A son of a moneybags waked up one day and found the dead bodies surround him. All of his family members were killed. Who was behind this mascaras and why they did this. He was intend to the way of revenge…
1M-3M

In Films-list.com we have selected the most viewed movies from category - Martial Arts. Enjoy the best films specially selected for you! My Hatred (2009) is the right choice that will satisfy all your claims.