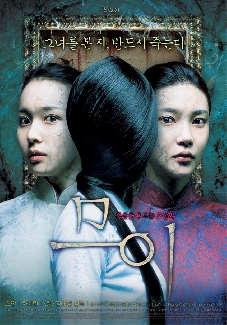 Description:
Yun-hee, a South Korean writer, is under pressure by her editor to produce something of interest for her next book. She hasn’t had a book published in three years and is all too cognizant of this fact. Things look up when her old friend Seo-yeon calls from Vietnam. Seo-Yeon informs Yun-hee about a localVietnamese folklore centered around a girl named “Mười” and her hauntedportrait. It just so happens that in Yun-hee’s prior novel, she wrote a semi-autobiographical tale concerning her friends titled “Secrets

In Films-list.com we have selected the most viewed movies from category - Horror. Enjoy the best films specially selected for you! Muoi (2007) is the right choice that will satisfy all your claims.