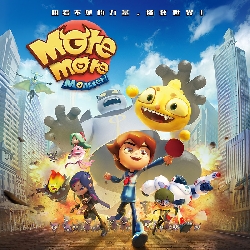 Description:
Little boy Tak Se Se and his father moved back to the city of his grandfather who has passed away. He found a strange fantasy demon Tai Fook in the big house that his grandfather left for them. Soon, he and Tai Fook made friends with other kids who own fantasy demons. Tak Se Se and his friends found out a conspiracy of a monster army that they want to rule the world. Under the circumstance that adults cannot see the enemies, all the kids and their demon-friends fight against the monsters and saving the worl
10M-25M

In Films-list.com we have selected the most viewed movies from category - Comedy, Fantasy, Animation. Enjoy the best films specially selected for you! More More Monster (2019) is the right choice that will satisfy all your claims.