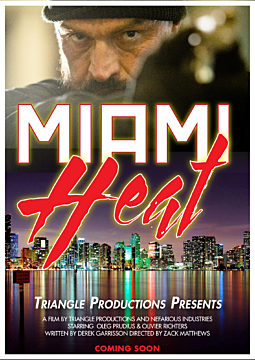 Description:
Yuri (Oleg Prudius), a former Sambo champion and ex-Russian special agent, is now settled down and living a normal life as a mechanic in Miami, dedicated to raising his teenage daughter, Julia. When his daughter goes missing after an appointment with a top modeling agency, Yuri suspects that she may have been kidnapped...
The authorities are not willing to act on the case right away, and think she is likely just a teenager having fun, but Yuri knows that his daughter would not just disappear

In Films-list.com we have selected the most viewed movies from category - Action/Adventure, Comedy, Thriller. Enjoy the best films specially selected for you! Miami Heat (2020) is the right choice that will satisfy all your claims.