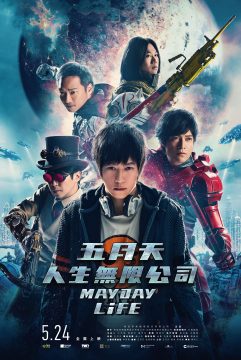 Description:
Mayday Life is linked by four distinct segments and the story is unveiled in “Yesterday’s Rumbling Fun”. Unlike Mayday’s previous perfectionist and fussy attitude towards music, the members are now featured as the superhero of the day and form a fifth elite combat team. Monster the guitarist is now the agile Mr. Monster, complete with a red shining armor, Stone the guitarist is now Lonely Stone, who is as hard as a stone. Guan You the Drummer is the crossbowman Mini Ming, who is comical in nature and has su

In Films-list.com we have selected the most viewed movies from category - Musical. Enjoy the best films specially selected for you! Mayday Life 3D (2019) is the right choice that will satisfy all your claims.