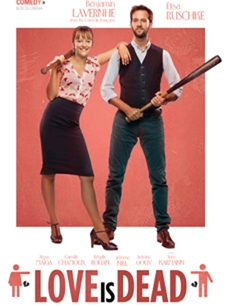 Description:
Mathias Lonisse is a breakup expert. As founder and CEO of Love is Dead, he sells his services to cuckolded wives, bullied husbands, bored boyfriends and cheating girlfriends who want to end their relationships without doing it in person. Like all visionaries, Mathias considers that he is doing humanity a favor. Until the world bites back, when his mother calls to announce that she is leaving his father….

In Films-list.com we have selected the most viewed movies from category - Comedy. Enjoy the best films specially selected for you! Love Is Dead (2016) is the right choice that will satisfy all your claims.