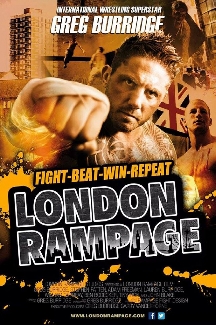 Description:
London Rampage takes you on a dangerous journey through a modern city that carefully hides its dark underbelly of extortion, guns and illegal fight tournaments. One mans rerturn to his home turf in East London after a 10 year hiaitus?.and it's a vey very different city than the one he left behind. He doesn't like what he sees and decides to take action, with his own bare fists and some help from his friends....a new vigilante for this century.

In Films-list.com we have selected the most viewed movies from category - Action/Adventure, Martial Arts, Drama. Enjoy the best films specially selected for you! London Rampage (2016) is the right choice that will satisfy all your claims.