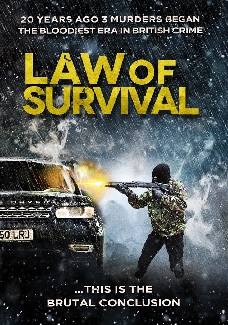 Description:
Twenty years ago the brutal killing of three gangland figures precipitated the bloodiest decade in British crime history. Taking place in the rural Eastern Essex territory the coastline and sparse population lent
themselves to drug importation by air and sea. Although fortunes could be made the spoils were hard fought for and violence and assassination came hand in hand with the potential rewards of riches.
Law of Survival follows the story of a young man who witnesses a gangland execution by a

In Films-list.com we have selected the most viewed movies from category - Thriller. Enjoy the best films specially selected for you! Law of Survival (2015) is the right choice that will satisfy all your claims.