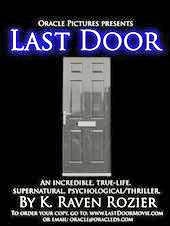 Description:
?Imagine a secret so evil that exposing it could destroy you or set you free.?

This is the true story of a father reunited with his teenage son who discovers, over time, that the boy?s mind is fractured into more than 400 multiple personalities that protect his secrets. The family?s lives are threatened when they discover he is also possessed by demons that seek to destroy them. It is revealed that the boy?s mother offered her son up to a secret cult and to abuses so horrific they seem more lik
1M-3M
75%-51%

In Films-list.com we have selected the most viewed movies from category - Psycho-Drama, Thriller, True Story. Enjoy the best films specially selected for you! Last Door (2008) is the right choice that will satisfy all your claims.