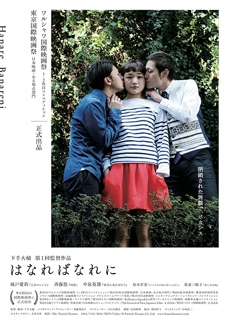 Description:
Not very close but not distant relationship.

Kuro used to dream of becoming a baker, but gets fired from the bakery she works at. Eito, a photographer, breaks up with his girlfriend who he was thinking of marrying. Gou, a theater director, has his production thrown into jeopardy after his lead actress drops out. These three people with no common ground meet by coincidence, then leave Tokyo and begin living together at a deserted inn near the sea. The shooting concept was to keep the dialog to a
1M-3M
Japnese Eye Competition, Tokyo International Film Festival 2012 Bronze Palm Award in Mexico International Film Festival 2013 Japan-Filmfest Hamburg, Germany, 2014

In Films-list.com we have selected the most viewed movies from category - Comedy, Road Movie. Enjoy the best films specially selected for you! KURO (2012) is the right choice that will satisfy all your claims.