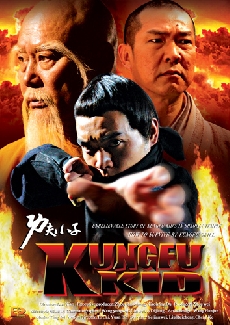 Description:
A kid rushed into the Shaolin Temple and defeated some monks as proof he was qualified for being a disciple of Shaolin Abbot. Shaolin monks refused his request. The shaolin abbot was touched by seeing his knee down in front of the Shaolin temple for 3 days. The abbot send him to plant vegetable field as a start of kung fu skill practice. Meanwhile, the kid was eager for learning kung fu skills
One day, the king of Chu visited shaolin temple and found out the kid was the man on his ‘wanted list’. What

In Films-list.com we have selected the most viewed movies from category - Martial Arts, Action/Adventure. Enjoy the best films specially selected for you! KungFu Kid (2009) is the right choice that will satisfy all your claims.