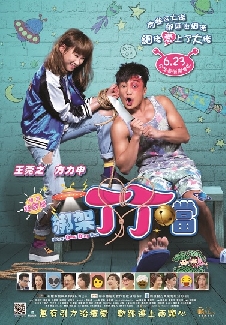 Description:
Don (starring Alex Fong) wakes up in an abundant house and realize can?t remember anything. He then finds a kidnapped girl Dingding (starring Ivana Wong) next to him. In reverse, Dingding threatens and lures him for kidnapping in order to catch her father?s attention. Both fake hostage and kidnapper stays together and triggers a series of joke.
During their stay in the village, they realize there is full of love, friendships and humanity. Dingding gradually gets rid of her spoiled and unruly attitude

In Films-list.com we have selected the most viewed movies from category - Comedy, Action/Adventure. Enjoy the best films specially selected for you! Kidnap Ding Ding Don (2016) is the right choice that will satisfy all your claims.