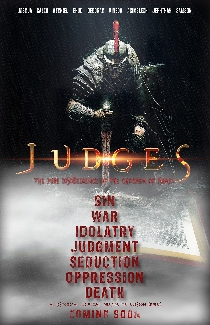 From Judgement to Grace and the Scandals in-between, Judges is about the pure disobedience of the children of Israel in apx. 1350 bc, and is accounted after the death of Joshua. The series depicts the religious and political turmoil chocked rich with war, sin, seduction, idolatry, oppression, and ultimately judgment, equaling death.

In Films-list.com we have selected the most viewed movies from category - Drama, Historical, True Story. Enjoy the best films specially selected for you! judges (tv series) (2017) is the right choice that will satisfy all your claims.