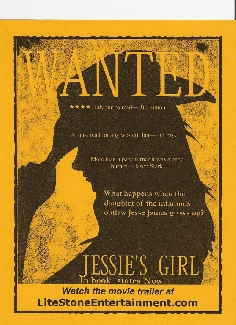 Description:
As the illegitimate daughter of mythic bank robber, Jesse James, Lil Jessie grew up on tales of his daring adventures. The danger, the action, the money. But when her father dies, no one is left to carry on in his place. Until Lil Jessie comes along. With the other illegitimate children of the Jesse James gang, Lil Jessie takes up her father's mantle and embarks on a life of gunslinging, bank-robbing and intrigue. Together, the gang of women take on the Wild West, the U.S. Marshalls and a dangerous group of
3M-5M
100% Fully Funded

In Films-list.com we have selected the most viewed movies from category - Western, Action/Adventure. Enjoy the best films specially selected for you! JESSIE'S GIRL (2008) is the right choice that will satisfy all your claims.