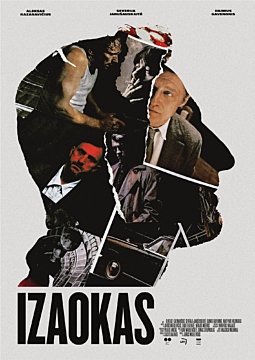 Description:
In 1941, a Lithuanian man kills his neighbor Jew, Isaac, at the Lietukis garage massacre. Twenty-five years later in Soviet Lithuania, movie director Gediminas Gutauskas returns from the USA with a screenplay of a film that portrays, in details, the Lietukis garage massacre and describes a particular situation where Isaac, the Jew, is killed. The screenplay is later brought to the attention and investigated by the KGB. Why does a director, who once relocated to the USA, return to Soviet Lithuania? Why is hi

In Films-list.com we have selected the most viewed movies from category - Drama, Suspense. Enjoy the best films specially selected for you! Izakaos (2019) is the right choice that will satisfy all your claims.