FILM REVIEW - I Am Virgin 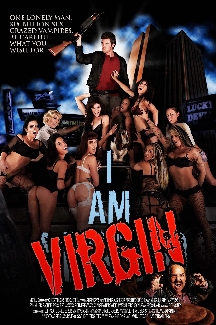 Description:
It came without warning. The virus wiped out most of the world's population in just a few days, and everyone who survived became a vampire with an insatiable thirst for sex. Everyone except Robby. He's the last normal man in a world of unbridled sexuality, and he's a virgin. Accompanied by his trusty Basset Hound, Billy, he's looking for love in a city full of vampire vixens who want nothing more than the next depraved thrill. Faced with temptation, Robby must resist the lure of this world of lust and sensu