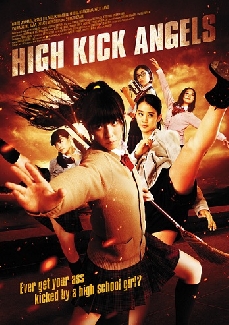 Description:
The girls from a high school action film club have come to an abandoned school to shoot their film, “High Kick Angels”. Their goal is to make a full-scale action film in the style of Jackie Chan and Bruce Lee. As the shooting continues, the girls get more and more pumped up as they reach its climatic showdown.
Meanwhile, a truck pulls into the school and a gang of thugs pile out. Acting quickly, they break into the school and cut off all lines of communication to the outside world.
The girls of

In Films-list.com we have selected the most viewed movies from category - Action/Adventure. Enjoy the best films specially selected for you! High Kick Angels (2014) is the right choice that will satisfy all your claims.