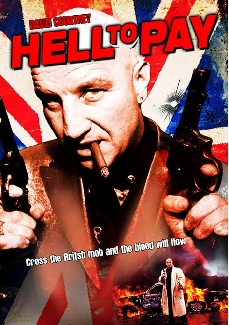 Description:
Dave Malone, a street-tough British gangster, gets set-up by his own brother to murder a rival crime boss. Wise to the scheme he eliminates the competition and then masterminds a way to beat the murder rap, while beginning his overthrow of the lucrative London crime trade. In the end it’s a brother-against-brother standoff and for one there will be hell to pay.

In Films-list.com we have selected the most viewed movies from category - Action/Adventure. Enjoy the best films specially selected for you! Hell To Pay (2008) is the right choice that will satisfy all your claims.