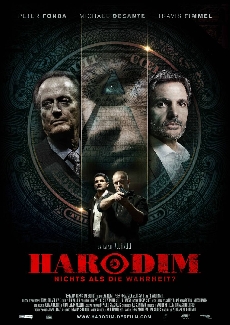 Description:
Lazarus Fell, a former naval intelligence officer trained in black ops and tasked with tracking down the most wanted Terrorist in the world, has gone rogue, realizing his mission has been inexplicably compromised by his own chain of command. As a result, Lazarus has faked his own death, forsaken his life, his family and all that matters to him in the world, to continue his solitary pursuit. But he has personal motivations as well, believing his father, Solomon Fell, Chief of Operations for the Office of Nav
3M-5M

In Films-list.com we have selected the most viewed movies from category - Thriller. Enjoy the best films specially selected for you! Harodim (2012) is the right choice that will satisfy all your claims.