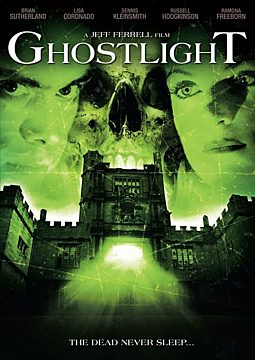 Description:
Andrew wins a radio contest to spend one night alone in a haunted theater on the 80th anniversary of the bloody murder/suicide that occurred within its walls. His prize: $50,000. His task: To spend 12 hours alone inside. The catch: The theater has been reportedly haunted ever since the tragedy 80 years ago, and has been plagued by a series of mysterious deaths in the years since. Will he make it through the night to collect his prize? And will he get out before the murderous ghosts take hold of him forever?

In Films-list.com we have selected the most viewed movies from category - Horror, Suspense. Enjoy the best films specially selected for you! Ghostlight (2013) is the right choice that will satisfy all your claims.