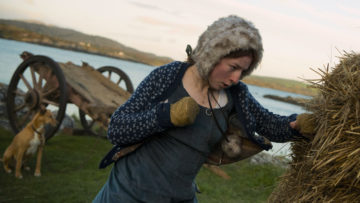 Description:
Teenage Irish Traveller Frances lost her mother in a fight. The same fight which led to her father being locked up in jail for the last ten years. Frances has never forgiven the police sergeant who she feels is responsible for this. She’s got fighting in her blood, just like her idol Muhammad Ali inspiring her to be the Greatest.

In Films-list.com we have selected the most viewed movies from category - Drama. Enjoy the best films specially selected for you! Float Like a Butterfly (2016) is the right choice that will satisfy all your claims.