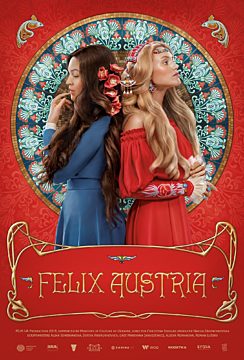 Description:
The plot revolves around the controversial relationship between maid Stefania Chornenko and blueblood Adelia Anger. Both Stefania’s parents and Adelia’s mother died during the fire in 1868. Doctor Anger, Adelia’s father, adopted neighbors’ orphan. Girls grew up together to become as close as sisters, though Stefania served as the maid. This attachment develops into love-trap: on one hand full of mutual manipulation and jealousy, but equally based on сare and devotion. The illusion of balance was broken when

In Films-list.com we have selected the most viewed movies from category - Romance. Enjoy the best films specially selected for you! Felix Austria (2020) is the right choice that will satisfy all your claims.