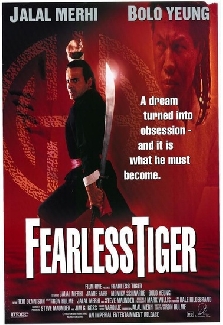 Description:
A man's brother dies of an overdose from a new and potent drug introduced by a drug gang. He puts off his wedding to a beautiful model and postpones taking over the family business while he travels to Hong Kong to learn Tiger Claw kung fu from its master. Then he plans to take his revenge on the drug dealers responsible for his brother's death.
1M-3M

In Films-list.com we have selected the most viewed movies from category - Action/Adventure, Drama, Martial Arts. Enjoy the best films specially selected for you! Fearless Tiger (1990) is the right choice that will satisfy all your claims.