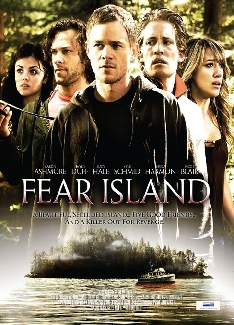 Description:
After a blowout party at a secluded island cabin, five friends make a shocking discovery: a dead body and the only boat off the island gone. Trapped and unable to call for help, they become prey to a mysterious killer seeking revenge. Together, they must decipher the murderer's chilling series of clues to reveal the island's secret past or face death one by one.

In Films-list.com we have selected the most viewed movies from category - Horror. Enjoy the best films specially selected for you! Fear Island (2009) is the right choice that will satisfy all your claims.