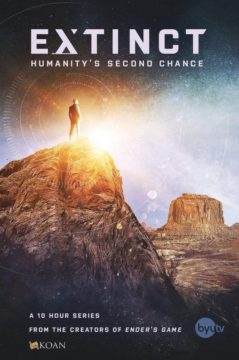 Description:
Four hundred years after the extinction of the human race, a small group of humans are revived by an alien civilization. The aliens claim that they want to restore the human race but the reborn humans are skeptical. The aliens have an agenda that involves powerful secrets hidden on Earth. Unless humans can band as one, they will never survive the many dangers that threaten to annihilate the human race … all over again!

In Films-list.com we have selected the most viewed movies from category - Action/Adventure, Drama, Mystery, Science-Fiction, Thriller. Enjoy the best films specially selected for you! EXTINCT (2017) is the right choice that will satisfy all your claims.