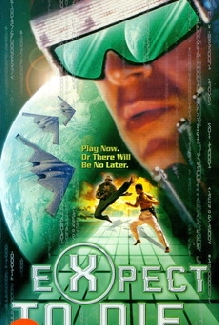 Description:
The military has been testing a new Virtual Reality fighting simulator, but testing is abruptly cancelled when a soldier loses his life during the action. Its creator, Dr. MacIntyre (David Bradley), goes underground to continue developing the device, until detective Justin Blake (Jalal Merhi) break into the syndicate to stop them. However, they are too late, and the new simulator is even deadlier than the first!
1M-3M

In Films-list.com we have selected the most viewed movies from category - Action/Adventure, Science-Fiction. Enjoy the best films specially selected for you! Expect To Die (1997) is the right choice that will satisfy all your claims.