FILM REVIEW - Escape From The Dead 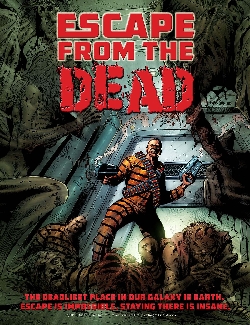 Escape From The Dead

Description:
In the near future, mankind flees a toxic Earth to create a new home on Mars. It is a second chance but despite eliminating hunger, pollution and disease, mankind cannot control its own nature. Greed remains boundless and untamed. Elite Black Ops soldier Talon Moon has been betrayed by the Mars elite. Used as a puppet to carry out unspeakable acts of violence, Captain Moon is blackmailed into returning to Earth masquerading as a prisoner, charged with retrieving the eye of a renegade scientist who has devel
1M-3M

In Films-list.com we have selected the most viewed movies from category - Science-Fiction, Thriller, Horror. Enjoy the best films specially selected for you! Escape From The Dead (2014) is the right choice that will satisfy all your claims.