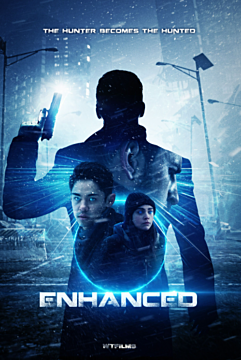 Description:
George belongs to a powerful secret unit dedicated to hunt down mutants after an experiment goes bad. David, an unstoppable « Enhanced » claiming vengeance against the government who used him, tracks down mutants to join him. But when he starts to eliminate them, getting stronger each time he kills others just like him, his true somber plans are revealed: to dominate the world. Now George will have to join forces with an unlikely partner, Anna, a mutant he captured, to end David’s killing spree…

In Films-list.com we have selected the most viewed movies from category - Science-Fiction, Thriller. Enjoy the best films specially selected for you! Enhanced (2019) is the right choice that will satisfy all your claims.