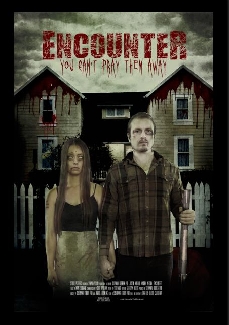 Description:
Ted McBride (Justin Arnold) and his new wife Lauren (Andrea Nelson) move to the country to film his thesis project, a study to investigate atmospheric phenomena commonly known as “orbs.” They rent a room in a farmhouse from an unsettling man named Jim (Don Scribner) and set up Ted's motion activated video cameras around the house and surrounding property. As the days and nights pass, Jim becomes increasingly on edge and it all comes to a head when Ted angrily confronts Jim in the middle of the night, frustr
1M-3M
100% Fully Funded

In Films-list.com we have selected the most viewed movies from category - Horror, Drama, Supernatural Thriller. Enjoy the best films specially selected for you! Encounter (2014) is the right choice that will satisfy all your claims.