FILM REVIEW - Empire of the Sharks 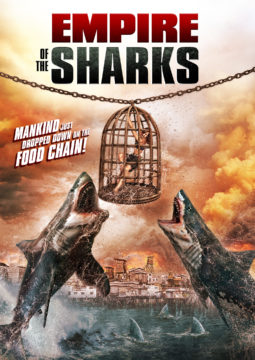 Empire of the Sharks

Description:
In the future, most of Earth is covered by water. The only land left is controlled by a lone warlord and his army of ever-vigilant, hyper-intelligent sharks. The humans are forced to pay tribute to the warlord, and the unlucky ones are caged up and kept as food for the shark army. But when two friends risk their lives to rescue a trapped prisoner, those imprisoned decide to rise against their captor and his legion of bloodthirsty sharks.

In Films-list.com we have selected the most viewed movies from category - Action/Adventure, Science-Fiction. Enjoy the best films specially selected for you! Empire of the Sharks (2017) is the right choice that will satisfy all your claims.