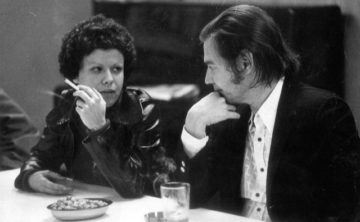 Description:
In February 1974, Brazilian musical stars Elis Regina and Tom Jobim met in Los Angeles, to record an album that would become a reference work in the history of Brazilian popular music. "Elis and Tom – It Had to Be with You" is the musical documentary that tells the story of how the encounter and recording of these two giant Artists happened. Elis brought her band, who joined Tom Jobim and the best musicians in LA, arranged by Bill Hitchcock at MGM studios. Roberto Oliveira, TV director and then Elis’s manag

In Films-list.com we have selected the most viewed movies from category - Documentary. Enjoy the best films specially selected for you! Elis and Tom (2018) is the right choice that will satisfy all your claims.