FILM REVIEW - Elcano & Magellan: The First Voyage Around the World 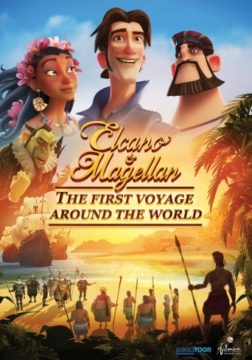 Elcano & Magellan: The First Voyage Around the World

Description:
Anchors away! Hoist the sails!

It’s time to embark on one of the most thrilling adventures of all time; the first ever circumnavigation of the globe in human history! A trip that ended in the same place it began, but after which nothing would ever be the same again. This is the story of the brave seafarers who grabbed the helm of history and changed its course forever. A journey which, as many people know, was started by Magellan, but that not so many know was concluded by Juan Sebastian Elcano,

In Films-list.com we have selected the most viewed movies from category - Animation. Enjoy the best films specially selected for you! Elcano & Magellan: The First Voyage Around the World (2019) is the right choice that will satisfy all your claims.