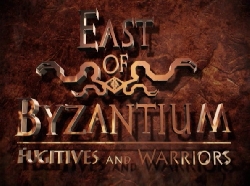 Description:
An epic, multi-part documentary history, bringing you a true story of Pagans, Romans, and Persians where ancient armies and ideas clashed in a sea of blood.

At the Edge of Rome, At the Gates of Persia, Exiles and Renegades, carved out a New World. Caught between the greatest superpowers the world has ever known, an embattled Armenia embraces a new Faith and forges a new identity. A world you never knew existed brought to you in a way you've never seen before. With breathtaking imagery from arti

In Films-list.com we have selected the most viewed movies from category - Documentary. Enjoy the best films specially selected for you! East of Byzantium (2011) is the right choice that will satisfy all your claims.