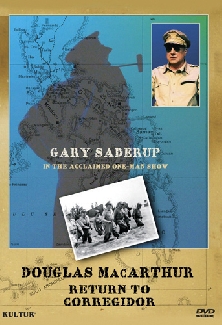 Description:
Opinionated, bold, stubborn, loyal, the consummate soldier, a man whose vision was ahead of his time, a man whose values were as American as West Point, Douglas MacArthur was a key figure in the mid 20th century. As portrayed by Gary Saderup in a sensitive portrait of the legendary American general, it is as though he lives again!

In Films-list.com we have selected the most viewed movies from category - Historical, Biography, Drama. Enjoy the best films specially selected for you! Douglas MacArthur: Return to Corregidor (2011) is the right choice that will satisfy all your claims.