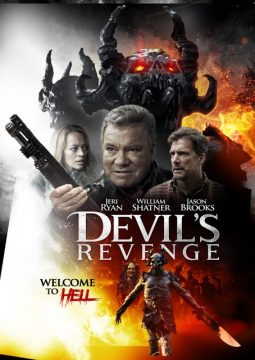 Description:
John Brock is a down-on-his-luck archaeologist who returns from an expedition to the caves of rural Kentucky after unsuccessfully trying to locate a mysterious relic that his family has sought for generations. Upon his return, John starts to see dream-like visions of a ferocious bird-like creature from ancient folklore. John soon learns that the cave he came into contact with on his last expedition was indeed the cave that contains the relic and also a portal to Hell and a place of worship for the Occult. J

In Films-list.com we have selected the most viewed movies from category - Fantasy, Horror, Thriller. Enjoy the best films specially selected for you! Devil's Revenge (2019) is the right choice that will satisfy all your claims.