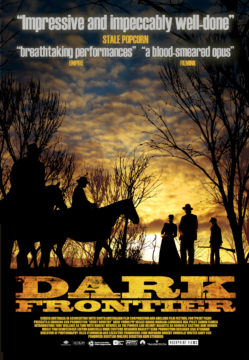 Description:
This feature film follows the life of Tom- a 12 year old boy living with his father and sister in the outback woods Australia. Tom's father dreams of farming the land - But the dream has died. Tom’s older sister has begun to question not only the dream, but her father’s sanity. One night, three men arrive on horseback; ex-soldiers from the Boer War. Tom, like his father, believes they are providence, a gift. But one of them has a secret – he has gold. When Tom realises that the gold has poisoned both his fa

In Films-list.com we have selected the most viewed movies from category - Drama, Western. Enjoy the best films specially selected for you! Dark Frontier (2009) is the right choice that will satisfy all your claims.