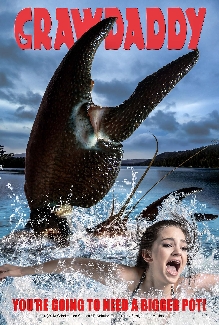 Description:
Deep in the forest on Clear Lake an experiment has gone terribly wrong... yet no one knows... until now. A young female biologist, who finds odd readings on the lake, meets up with a handsome sheriff who is following up on missing campers. Unbeknownst to them others are being systematically killed by an unforeseen danger. Among the survivors, including the biologist and sheriff, are three teenage ex-gang, an Eagle Scout, a beautiful teenage blind girl, a Katrina transplant, and a hermit Scientist. They even
1M-3M

In Films-list.com we have selected the most viewed movies from category - Horror. Enjoy the best films specially selected for you! Crawdaddy (2014) is the right choice that will satisfy all your claims.